For over 30 years, Joe Pasquale has been delivering his unique performances which have cemented him as a national treasure. He is currently touring with his stand up show ‘The Devil in Disguise’, but at the same time has his mind focussed on another national treasure… 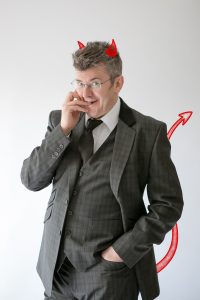 “Next year, I’m doing a live stage version of Some Mothers Do ‘Ave ‘Em, playing Frank Spencer, so I’m looking forward to that.”

“It will be a complete new story. It’s a two hour show. There will be a lot of stunts in it, but it’s based on an original script. It’s going to be fantastic because we are bringing back the spirit of Frank Spencer. I don’t think it ever went away because people love that character. I’m obviously not going to be doing it as Michael Crawford’s version, I’ll do it as my version of it but the heart of Frank will still be there, alive and kicking.”

“It was part of my childhood really and people talk so fondly about it. They only made three series’ and it was just legendary and what Michael Crawford done with it was just incredible.”